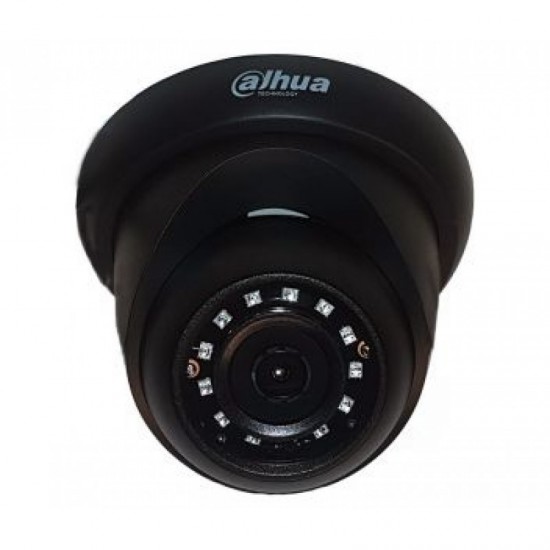 The distinctive feature of the Lite series is its compact design and high image quality at an affordable price. Various lens choices are available, both with variofocal focus and with fixed focus. Cameras support OSD menu control and can easily switch to HD/SD modes. Simple upgrade of the analog system to Full HD / HD720p resolution on the existing cable infrastructure. Structural flexibility and the best value for money make the Lite series an ideal choice for SMB solutions.

* The results are confirmed by a real-time test in the Dahua laboratory.

The camera is equipped with microcrystalline led IR illumination for better performance in low-light conditions. Smart IR technology ensures uniform brightness of the black-and-white image in low light conditions. A special feature of this illumination is the adjustment of the intensity of the infrared LEDs of the camera to compensate for the distance to the object, which prevents the object from lighting up.

The camera supports several modern video formats: HDCVI, CVBS, AHD, and TVI. The four formats can be switched via the OSD menu or using the UTC controller PFM820. This feature makes the camera compatible with other manufacturers ' recorders.

The camera is designed to operate at ambient temperatures ranging from -40°C to 60°C. The camera supports input voltage protection of ±30%, suitable for operation in unstable power conditions. It has lightning protection in 4KV.