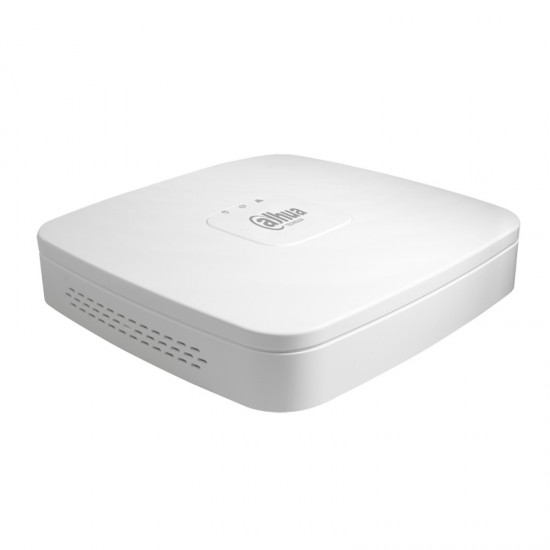 The Dahua DH-HCVR5104C-S3 video recorder is a new recorder with Full HD recording function. The device runs on a built-in Linux operating system. In addition to standard HDCVI, the recorder also works with IP and analog cameras. The cameras are recorded in both 1080p and 720p, giving out a speed of 25 K/s. The maximum resolution reduces the recording speed somewhat, dropping to 15 KB / s. In Ukraine, the Dahua DH-HCVR5104C-S3 is popular due to one feature – the ability to work simultaneously with two IP cameras of 5MP each. The total data reception stream is 24 MB/s.

Additional IP slots are not put at the expense of HDCVI, as a result, we have two and four inputs, respectively. You can work with the network using the Ethernet port. Local connection implies support for SATA hard drives up to 6 terabytes. By purchasing the Dahua DH-HCVR5104C-S3, you can manage your surveillance network using your smartphone.